Posted on December 28, 2011 by Redfish Whisperer

I have to say that I really enjoyed watching the Borski Series 1 DVD on fly tying. Not only is it a great video on tying some cool flies but I also appreciated the footage of him actually catching fish with them after they were made. Pretty impressive to see a tiger shark caught with a fly!

So far I’ve been practicing the Haystack. It’s a simple, three-step fly that I think will work well here on the redfish. I’ve tied several color variations. Unfortunately a lack of available materials is limiting my creativity. This is what I have so far. 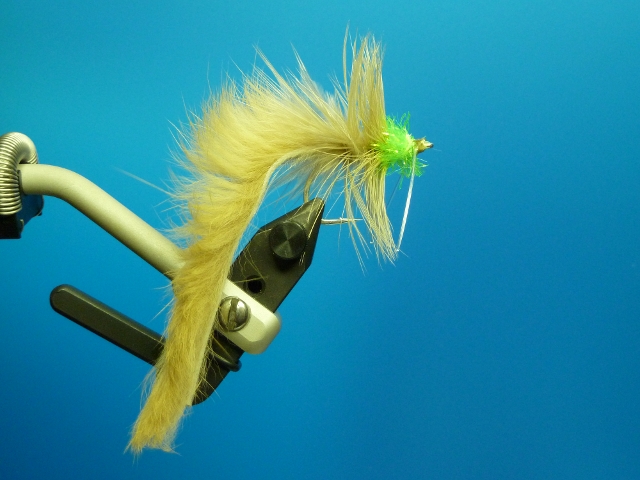 Last night I watched the Spinning video for the second time. This round I watched, paused, tied, watched, tied, backed up, tied, etc. It was slow but I think I’m making progress. I realized the importance of thread. I thought I was using flat waxed nylon but after the third time I broke it I realized it was Ultra 140. I changed thread and didn’t break it again.

I’m not quite ready to post samples of my spinning and stacking but I see improvement. I worked on stacking different colors on top and bottom. I’m still mangling things a bit but I’m definitely packing tighter and getting better results during the trimming and shaping than I was before even if the colors aren’t quite like I’d like. I’ve got another test fly in the vise right now and have my fingers crossed. I know there’s going to be a moment of revelation where it all clicks and falls into place. Until then the hair will be flying!