If you’ve been coming back here for updates I sincerely apologize. I got wrapped up with other things and stepped away from the fishing for a bit. I was shocked to realize how long I’d been away. Hopefully that’s all about to change.

My first kayak as I entered the world of kayak fishing was a Pelican Eclipse 116. For whatever reason I didn’t like how it tracked at all and it seemed to take on water like the Titanic. Inside, not out. Maybe it was an anchor trolley install gone wrong. In addition to taking on water it was a very wet ride on the outside and I got tired of sitting in water for hours on end. It became a chore to paddle out to the fish and I wasn’t enjoying it much.

I’ve been on a long journey in search of a new kayak and have finally reached the end. Yesterday after work I took delivery of a new Native Slayer 14.5. I took the 12 out for a test (unfortunately the store with the 14.5 has no way to demo) and fell in love. I found it tracked well and was stable both seated and more importantly standing. As a fly angler I ran into a lot of issues finding the right boat. So many fishing kayaks are littered with numerous rod holders, a massive console, lids everywhere, etc. These are great for most anglers but can wreak havoc on your fly line. Imagine sighting a beautiful red 30′ away. You make a perfect cast. The line sails through the guides…and jerks to a halt landing 15′ from the fish. You look down and find your line wrapped around a rod holder. When you look back up the fish is gone. 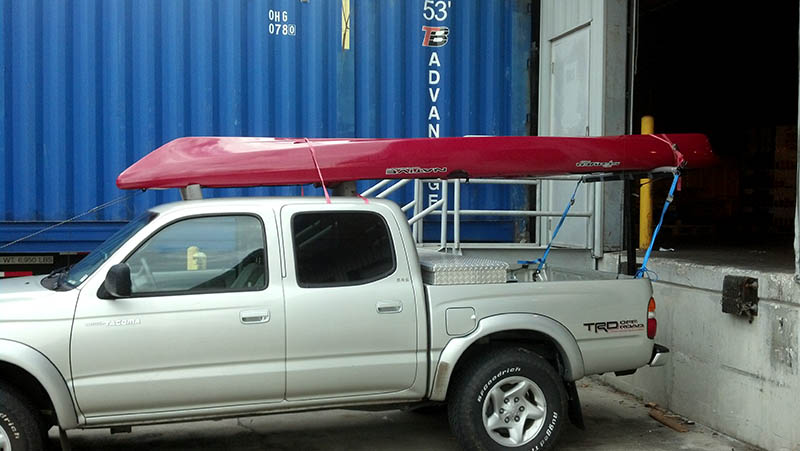 This is exactly what I’m trying to avoid and why it’s taken so long. I didn’t realize it would be such an ordeal finding a clean boat. Not only did it need to be clean, though, but it also had to be very stable. I want to be able to stand both while paddling and fishing to improve my odds of sighting fish. And one of the largest requirements is that I stay relatively dry and very comfortable. This led me to two models: Malibu Stealth and Wilderness Systems Ride. Neither of these met my needs 100% but they were the closest I felt I’d get. I really liked the Stealth but didn’t like the seat. I liked the Ride but didn’t like the layout. Then I found the Slayer.

The Slayer is brand new. So new, in fact, that I was the first to get the demo wet. Even the store employees hadn’t tried it. Accessories are still off in the distance. Few can answer questions about it. But I knew in my heart that this was the boat. The 12 was great but I knew the 14.5 would be even better. It didn’t disappoint.

I struggled over the color and while I originally thought I’d go for a sand or olive something kept leading me to Firebrick Red. I have to say that I absolutely love it and I’m looking forward to everyone knowing who’s paddling by. 🙂 I love the clean lines and the mostly clean deck. I’ll probably remove the tackle box holder on the deck since I won’t be needing it and it’s one of the few snag hazards. It’s got a great layout with plenty of storage fore and aft. I do wish it had come with plugs for every scupper. Now I have four that I can’t plug without buying more. It’s a minor annoyance, though.

Like I said earlier, this is a fly fishing machine so I felt obligated to immediately make that apparent. 🙂 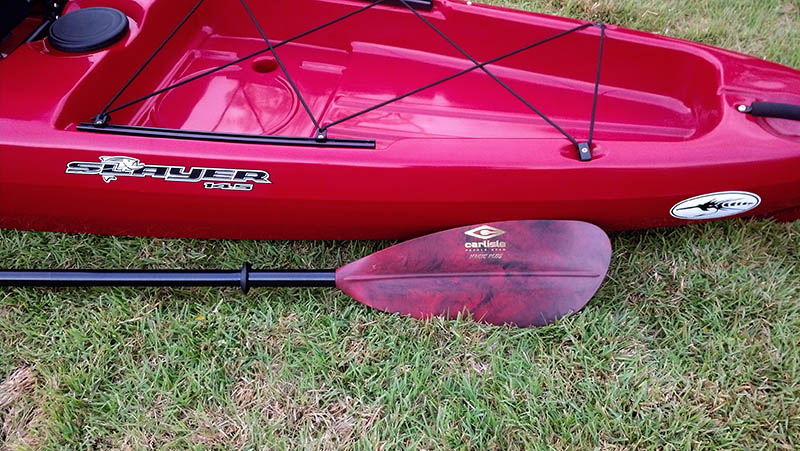 I managed to get it wet in the retention pond by the house for just a couple of laps between storms. I hope to get an anchor trolley installed this week and then hopefully I’ll have some great fish to share after the weekend. If you’re shopping for a new boat and are getting discouraged, don’t give up. It just takes a little patience that pays off in the end.

This entry was posted in gear and tagged boat, kayak, native, slayer. Bookmark the permalink.