Posted on January 29, 2012 by Redfish Whisperer

Ok, so I really don’t see a boat in my immediate future but a guy can dream, right? This weekend we had the Jacksonville Boat Show and I thought it would be fun to take my son. Apparently I was wrong as he couldn’t care less. Today I dropped him off with his grandmother and I hit the show solo.

Based on the fishing I want to do I was really looking for something to get me into skinny water. If it can slip into 6-7″ of water I think it’ll be darn near perfect. It didn’t take long to find my boat… 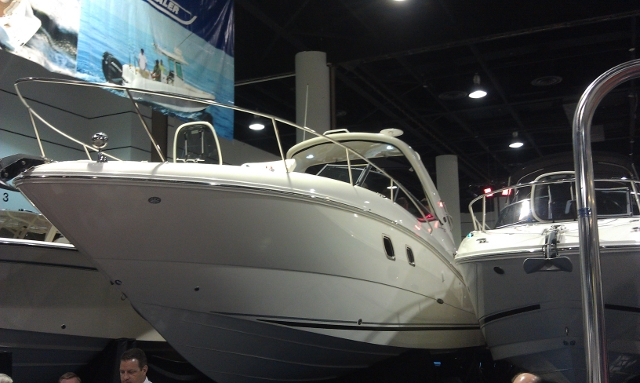 It was a Sea Ray 33′ cabin cruiser. She looked pretty nice. I would’ve gone smaller but the boat to the right was already sold. 🙁 I put some thought into it and decided that if I find myself on the water for an extended period it would be really nice to escape the Florida heat and catch a little nap after fixing myself a snack. 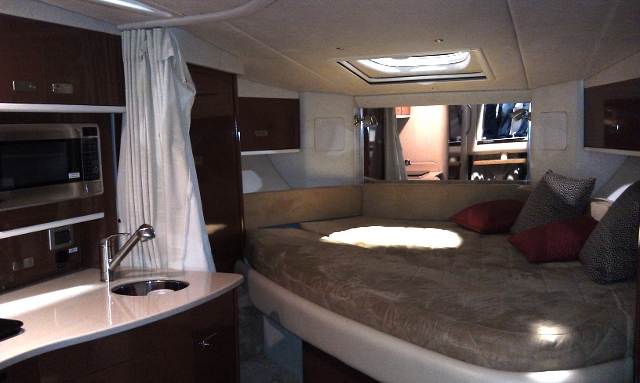 Of course with the large amounts of fish I plan on catching it would be rude of me to not share with my friends. Fortunately I can share right on the boat as I fix them up on the grill. 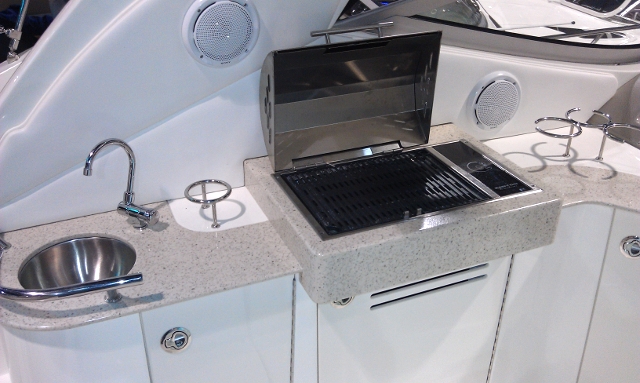 Driving a boat like this might be intimidating to some but the salesman described the miracle joystick at the console as the newbie’s salvation…I’d be the newbie. All I heard was “blah, blah, blah it’s the easiest boat to drive and park. You can even spin it 360 degrees.” 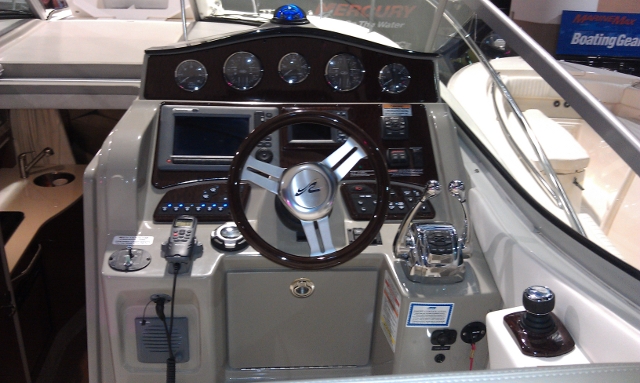 After talking with the salesman a bit more he didn’t seem to think I’d be able to get into the flats with this particular boat. So I put away the check I’d started writing for just over $220,000 and went off in search of something else.

Outside the main area and on my way out of the show I found what I was looking for. Mostly. They didn’t have the exact model I think I’d like but this is representative. It’s a 17′ Mitzi Skiff. The Tournament model is what I’d be after since it has both a baitwell console and livewell. In its simplicity it’s very nice. 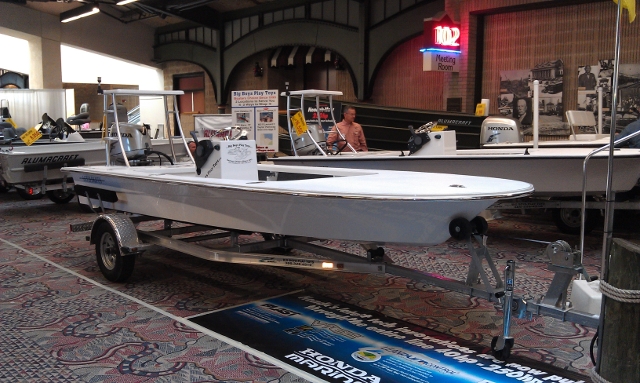 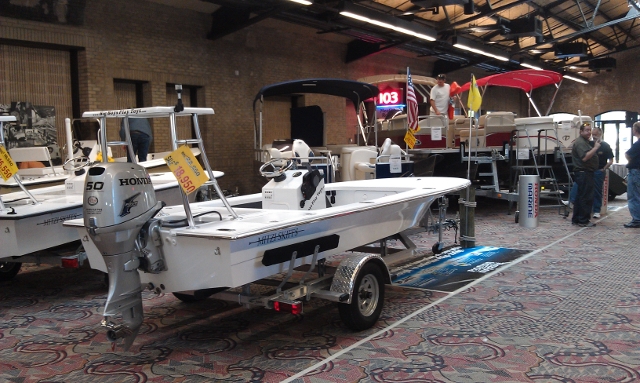 I got home and did a little searching and found a 2008 17′ Mitzi in Brunswick for $12,500. We’ll have to see what the boat gods think. This would sure (I hope) make up for the bad things that have been going on recently. 🙂

This entry was posted in misc and tagged boat, mitzi, skiff. Bookmark the permalink.