After a lackluster attempt at my first flood tide at Cedar Point I decided it was time to do it again. It was a busy weekend for flood fishing. The fly shop had an outing and I was planning on heading out with the fly club since my friend/guide was booked. As luck (mine) would have it, he had a cancellation and he called me to go out. We hit the spot long before the water arrived and as soon as there was enough to float the boats we headed out.

We waited for quite a while and watched a charter scouring the flats to no avail. I thought it was going to be another skunk. The water just didn’t seem to be coming in like we wanted. We were looking for knee-deep and it seemed barely over my ankles. Finally I spotted something. It took a moment to register but as soon as my brain confirmed that it was the ever elusive redfish tail I’d been seeking I grabbed my new TFO Mangrove and put a fly on him. Ok, I really put it next to him. Then I put it next to him again. Then I finally hit him on the head. Then he was gone. 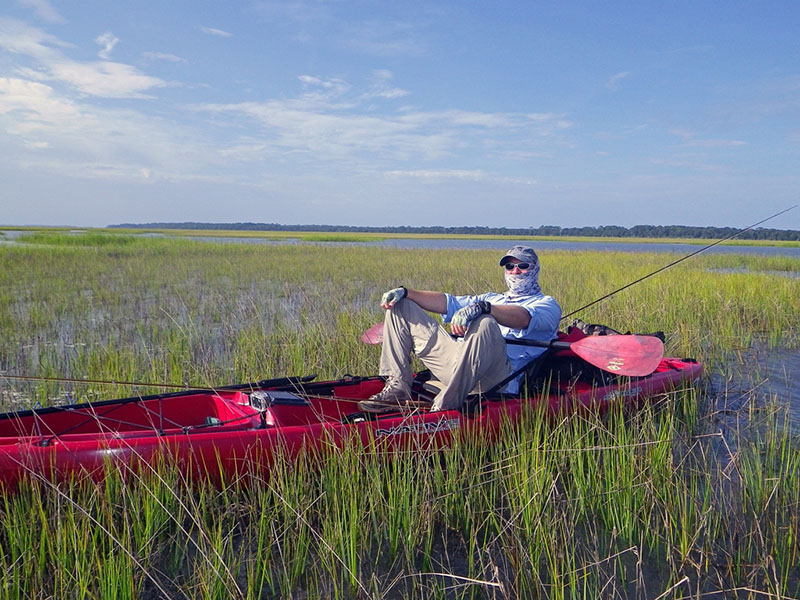 Note: Following my last outing I did something wrong. I guess. I really don’t know what happened. The skeeters were so bad and we were in such a hurry to escape that all I can fathom is that I grabbed my BVK rod wrong when taking it apart. The following day I noticed that one of the guides was mangled and broken. It killed me. Another flood tide was on its way and I had to ship my primary rod off for repair. I’d planned on dropping back to my backup Redington Pursuit and was very close. Unfortunately I made the mistake of trying the new TFO Mangrove and walked out with it on Friday.

The tails were few and far between and neither of us were having much luck. Off in the distance I saw movement. I pushed the boat through the glassy water careful to make as little noise as possible. I saw a huge tail and could easily see the dark shadow lurking underneath the surface. The fly landed off its mark and stripping failed to deliver it to the target. That’s when it turned and I realized how big he was. This was easily an upper slot red (at least that’s what I’m going to keep telling myself). Alas, I never saw him again.

The tide continued to roll in but the sky began to darken with the setting sun. That’s when we hit pay dirt. There had to be over half a dozen tails. Focused on one another would pop up just beyond it. Soon the line went tight and the fish was on. 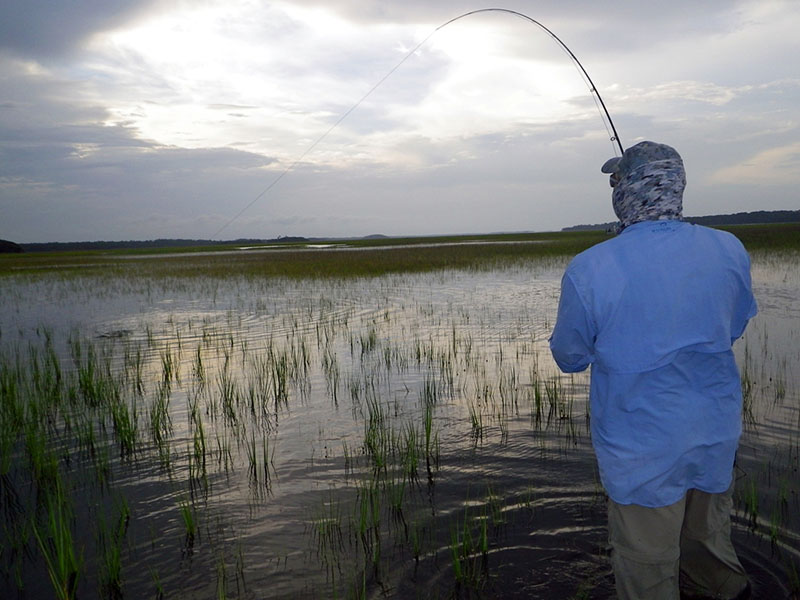 Now here’s where it gets ugly. I wish I could say the Mangrove had its first fish under its belt. Unfortunately I managed to turn it into a tangled mass more than once. It was horrible. I think I scared the fish with my cursing. Try as I might I couldn’t get the blasted line through the guides. I’m sure part of it was red fever but WTH?? Once I managed to get it out I was so anxious and frustrated that I couldn’t cast to save my life. Fortunately my guide was quick to hand off his rod. So the Mangrove will have to wait for its christening. 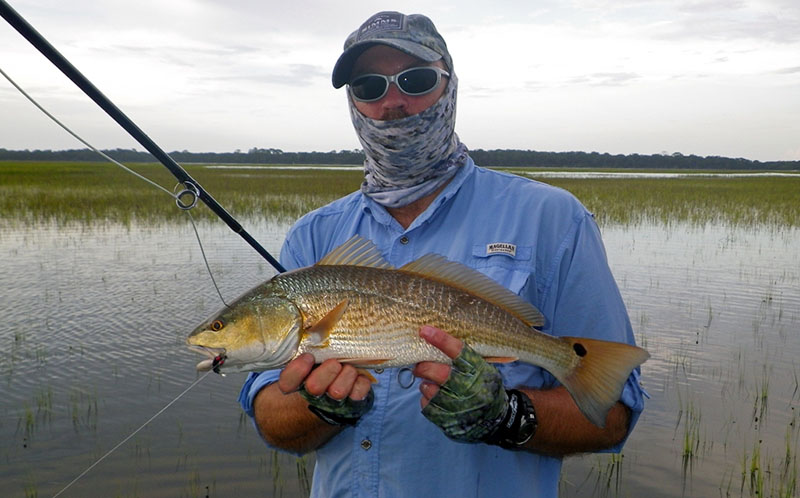 Yesterday I went out again so another friend could test his new fish finder. We didn’t hit the flats but still saw a couple of reds. I think I figured out the problem with the Mangrove. It was the line itself. It seems that the transition from line to leader is the problem. The loops are hanging up in the guides. Once I realized what was happening and I started keeping more line out between fish I was back to my old self and the Mangrove did fine. I’ll have to go back and check that line loop and maybe turn it into a welded loop instead of a whipped loop.

This entry was posted in reports and tagged flood tide, mangrove, redfish, tfo. Bookmark the permalink.