Posted on October 3, 2015 by Redfish Whisperer

Well, I’m not off to a good start for the Redfish Rodeo. I made it out for my first outing of the month and I had the horrible thought hit me halfway to the ramp that I’d forgotten to print my token for the tournament. Craaaaap! When I got to the ramp I was able to pull it up on my phone and saved it so I’d have it ready. Immediately after leaving the ramp I felt like things were looking up.

I probably wasn’t more than 5 min from the ramp when I spotted my first tail. Unfortunately, I’d gotten a late start and hit the water without my primary rod ready to go. I watched the tail patiently waiting for me while I feverishly tried to strip the line. Alas, at the very moment I was ready to cast, the red was gone in a flash. Whether I spooked him or it was the YakAttack flag flapping in the breeze I don’t know. Either way, he was gone.

I covered the flats so many times I couldn’t count. The water was soon much too high for tailing action so I was on the hunt sightfishing. As luck would have it, I spotted my prey about 20′ in front of me. Unfortunately, he spotted me too. Strike two.

Despite my best efforts, there weren’t anymore reds to be had. At least I had beautiful weather and saw some of those beautiful reds. 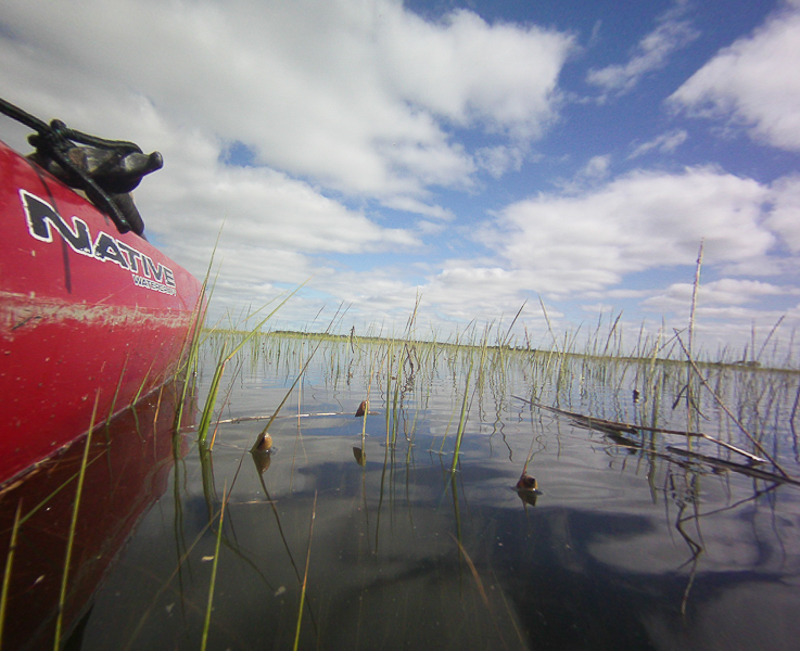 This entry was posted in reports and tagged flood tide. Bookmark the permalink.