Posted on December 12, 2011 by Redfish Whisperer

Ok, I’m totally stoked. Today wasn’t looking so hot but it turned out to be my first successful kayak fishing trip! Props to the guys for taking me out and showing me where to look even if the spots didn’t produce like we’d hoped.

We met up at the bait shop at 6:30 and were on the water by 7. As we paddled out we were welcomed by a gorgeous sunrise… 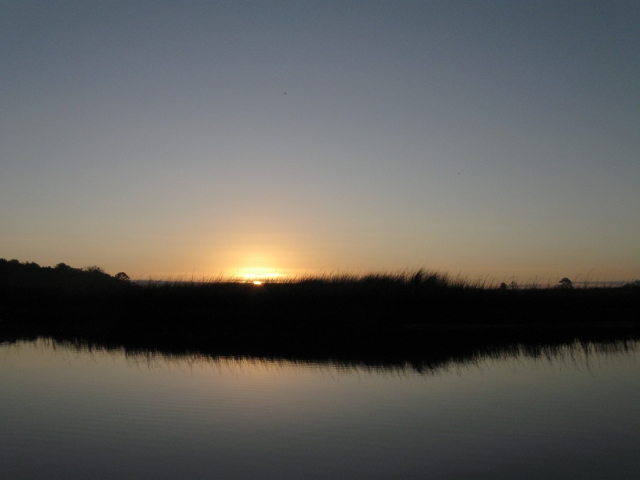 It didn’t take long before I had my first hit. I was a little bummed that it wasn’t a keeper (only 10″) but I took it as a good sign. 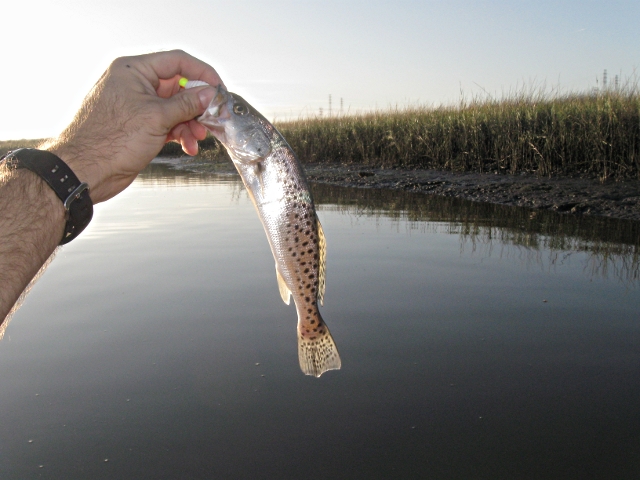 I hit several oyster beds along the way in search for reds but kept coming up empty handed. I rounded the bend and met up with the rest of the gang only to see a 21″ red had already been landed. I did my best on the hole and didn’t get a single hit. Five minutes after leaving to hit the beds again they landed another one. 😥

We took off in search of other spots and try as I might I wasn’t having much luck. Dave was next to me and landed a couple of rat rads in quick succession. 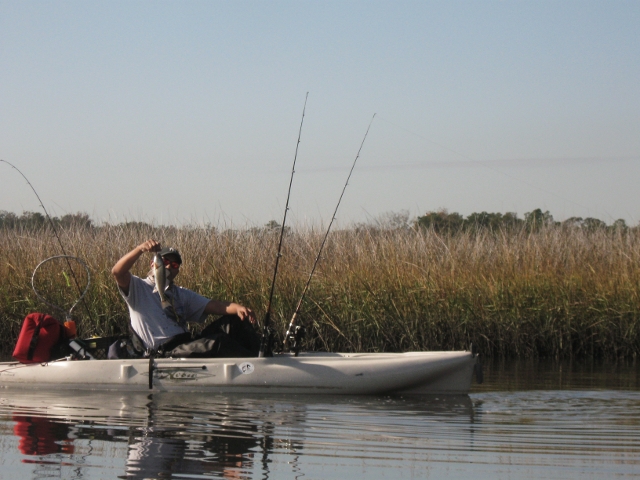 I started reeling my line in when I realized it had company. 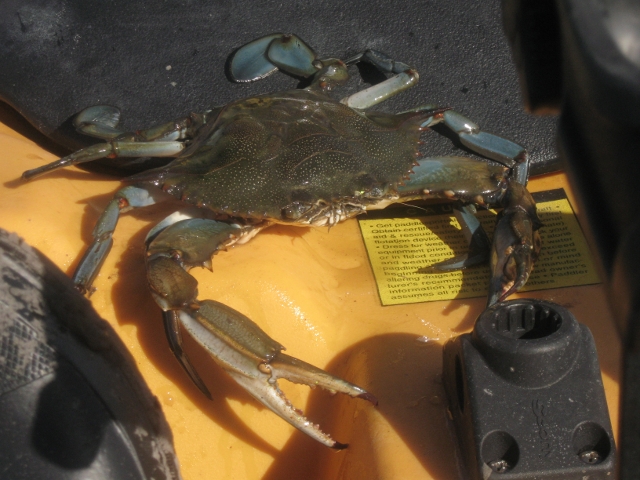 Mr. Crabs sat with me and sunned for a while before deciding to jump back in the water. I would’ve turned him into bait but left my knife at home. 😳

Shortly after Mr. Crabs vacated I had another bite. Alas, it wasn’t worth the brief adrenaline rush. 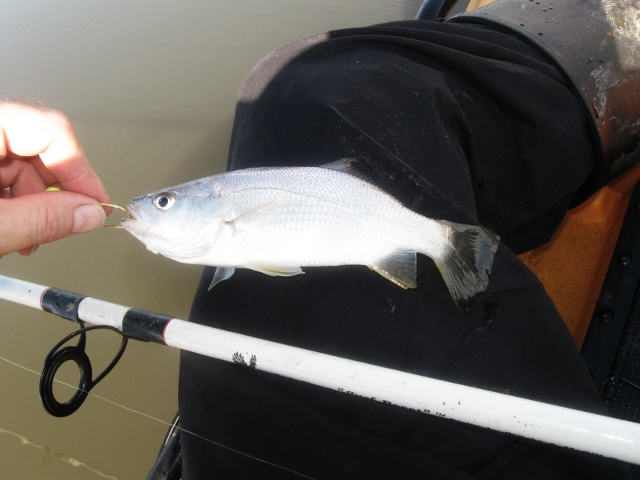 We tried a few more spots and things just weren’t working. On the plus side the weather was terrific. The gnats were horrible and my arms and forehead are covered in tiny red dots. There was a brief time where the sun came out and it warmed up a bit but for the most part the overcast sky kept the temperature very nice.

Having decided to call it a day we started heading back to the trucks when Dave landed a nice trout and that was the turning point in the day. 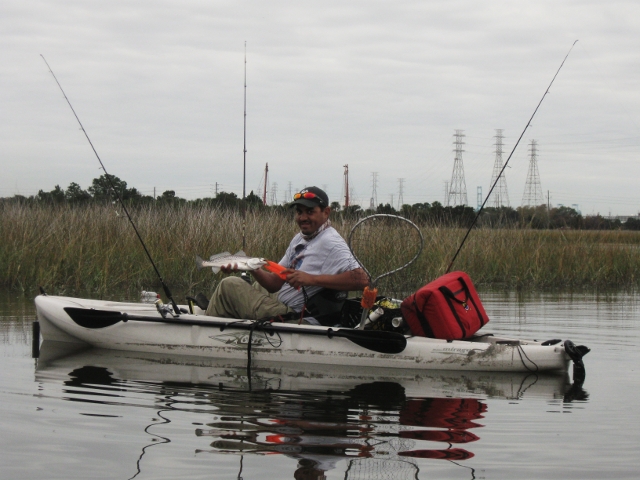 It didn’t take long before my own rod bent over…the first of many times. 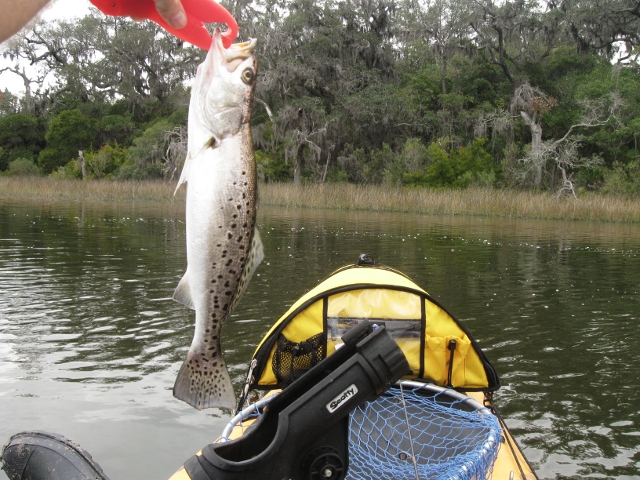 It seemed that we’d finally found the spot! Well, a lot of spots to be honest. 😀 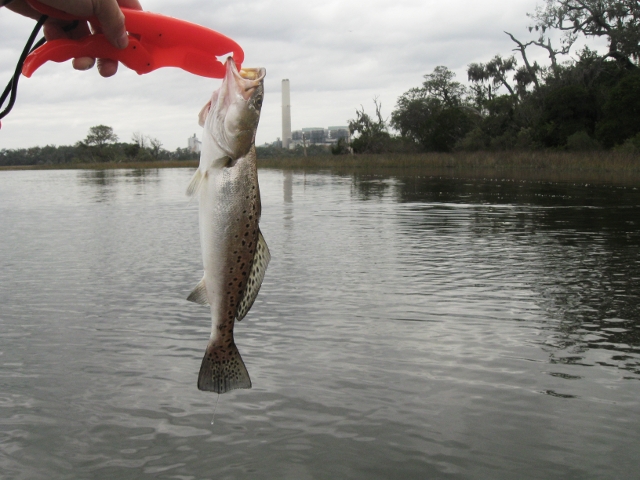 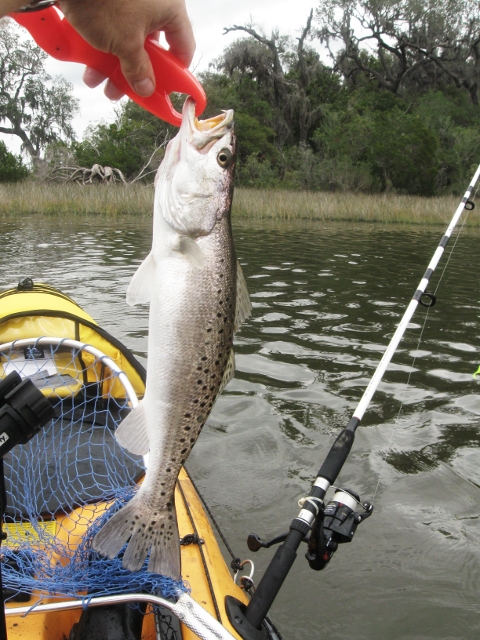 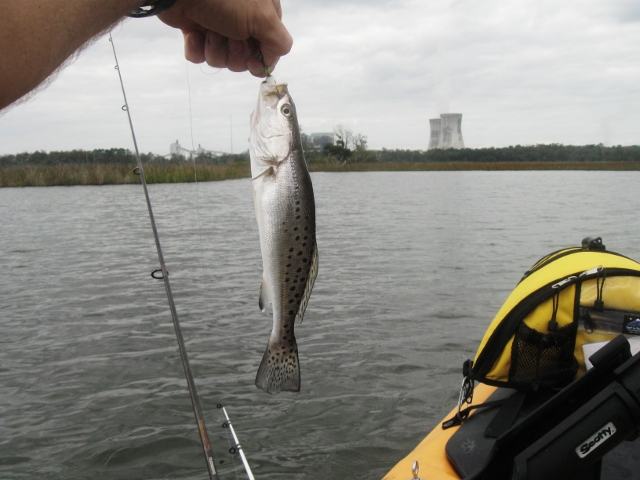 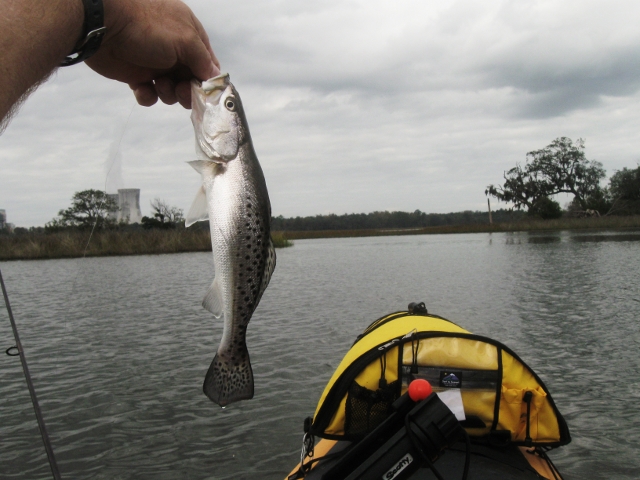 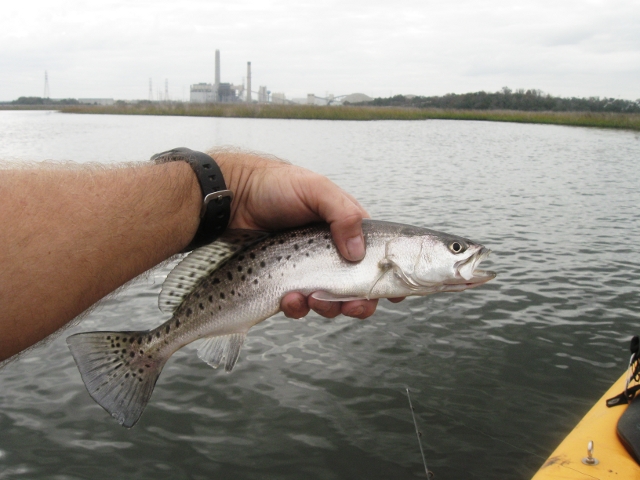 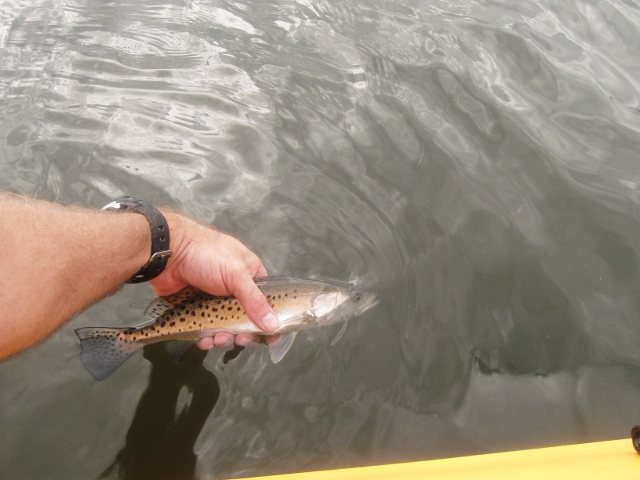 By the time we were both worn out from a very long day on the water I’d landed 8 trout!!!! I had a 9th but he threw the hook at the boat and I just missed him. He looked like a keeper, though, which would’ve given me two. Unfortunately everything else was either 12″ or 14″ and had to go back. I would’ve liked coming home with more than one but I’m certainly willing to take it.

I had a great day on the water with some great guys and can’t wait to get out there and do it again!

This entry was posted in reports and tagged browns creek, fishing. Bookmark the permalink.