Gads! I’m 0 for 2 on fishing in the Slayer. So far I’ve made it out twice and ended up skunked both days. I didn’t really expect too much yesterday since low tide was around 9:30 and there wasn’t any way I could make that. Fortunately I didn’t have to deal with the storm, though. It was dark and thundering but I used my new Standard Horizon HX300 marine radio to learn that it was moving south. I never got even a drop of water.

In addition to the radio I was also able to try my new Yak Attack ParkNPole. After nearly losing my stakeout pole last weekend I decided I wanted one that floated just in case I forget to tether it. I opted for the 6′ model and I’m glad. It makes it a little harder to pole since it’s short when standing but I can’t imagine trying to deal with a 8′ pole when trying to stake out while seated. It was awkward enough with the 6′.

I have to say that I really like this pole. It’s thicker than my current one which makes it a little easier to grab. The foam grip is a mixed bag. It’s really nice to have something easy to grip when removing the pole from the mud but after poling it’s nasty to have that muck stuck all over the handle. The plastic handle is awesome. While I was mostly in mud I did hit a section of tough oyster bottom. I actually didn’t think I was going to have any luck but I was able to put enough downward force to pierce through. There was a pretty strong current and I was held firm.

While I didn’t manage to catch anything I did get some more practice in the yak standing to both fish and pole. I worked on my casting in the wind as well and I’m getting better. I just need to load the rod more consistently.

All in all I got a bit too much sun but I got mud on the yak and it felt good. 🙂 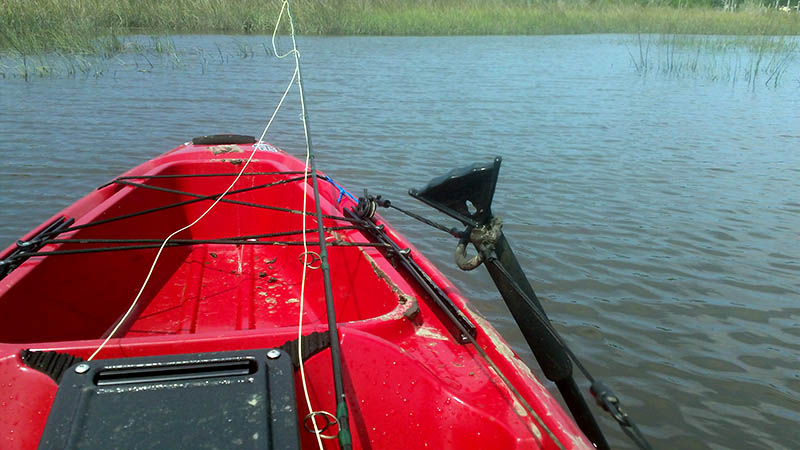 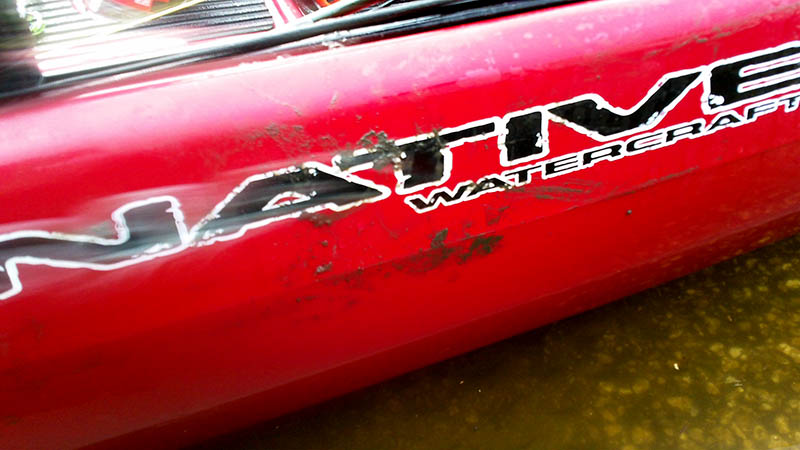 This entry was posted in reports. Bookmark the permalink.